Barry Allen was a boy when his mother was murdered and his father was wrongfully convicted for it. He would spend most of his life trying to prove his father's innocence and believes in justice. He would become a forensic scientist for the Central City Police Department. During an electric storm he was working in his lab and a bolt of lightning struck him while shattering chemicals. The electricfied chemicals spilled on him. This is the accident that gave Barry his super speed. He decided to help humanity and fight crime as The Flash.

The Flash is mostly known for just running really fast but he can do more than just that. The Flash is very creative with how he uses his speed. Also evrything about him is fast including his metabolism. His speech, reading, and thinking can also be faster than the spped of light. 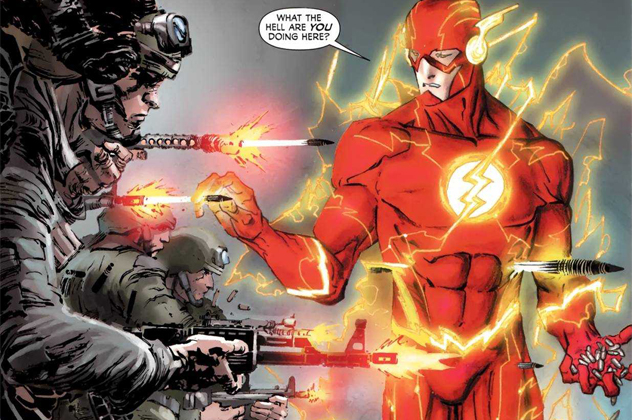